Kevin Mackay was appointed as President and Chief Executive Officer of Teekay Tankers Ltd. in 2014 and leads a global network of commercial offices in Asia, Europe and North America, with the responsibility of marketing Teekay’s fleet of conventional tankers. Mr. Mackay joined Teekay Tankers Ltd. from Phillips 66, where he headed the global marine business unit and was responsible for all aspects of marine transportation, including chartering, operations, demurrage, strategy and freight trading, business improvement and marine risk management. He held a similar role as the General Manager, Commercial Marine, at ConocoPhillips from 2009 to 2012 before the formation of Phillips 66. Mr. Mackay started his career working for Neptune Orient Lines in Singapore from 1991 to 1995. He then joined AET Inc. Limited (AET) (formerly American Eagle Tankers Inc.) in Houston, where he ultimately was the Regional Director – Americas, Senior Vice President, responsible for AET’s business in the Americas. Mr. Mackay holds a B.Sc. (Econ) Honours from the London School of Economics & Political Science.

Stewart Andrade was appointed as Chief Financial Officer of Teekay Tankers Ltd. in 2017. He joined Teekay in 2002 and has worked in a variety of roles and has been responsible for executing a number of strategic transactions, including acquisitions and the establishment of joint ventures, to grow Teekay Tankers Ltd. into one of the world’s leading tanker companies. Mr. Andrade is also responsible for Strategy and Business Development for Teekay’s tanker business, a role he has held since 2015. Prior to joining Teekay, Mr. Andrade worked in Ernst and Young’s consulting practice providing advisory services to a variety of Canadian and international organizations. Mr. Andrade is a Canadian Chartered Professional Accountant. 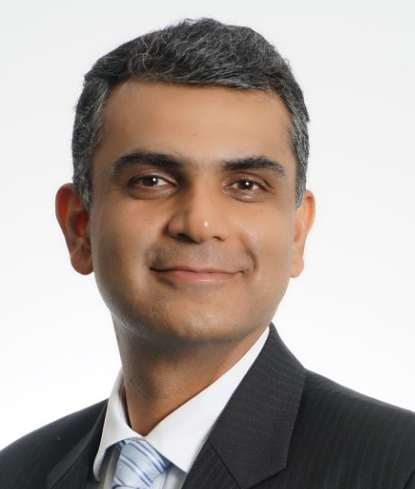 Rohit Kapoor was appointed as Vice President, Ship Management in 2020 and leads the Teekay Tankers Ship Management team in delivering safe and efficient operations to one of the world’s leading tanker companies. He has over 30 years’ experience in the oil tanker operations including sailing as a Master and since 2013 has held key leadership positions within Teekay Tankers including heading fleets, operations and HSEQ. Rohit is a member of the LR technical committee.

Jim Basterfield joined Teekay in 1997 as part of the acquisition of Caltex Australia’s shipping division. Since joining Teekay, Mr. Basterfield has held human resources positions in Australia, Canada and Singapore. Mr. Basterfield has led many organization projects, including mergers and acquisitions in North America, UK, Europe and Australasia and was previously responsible for Teekay’s Corporate Communications team. 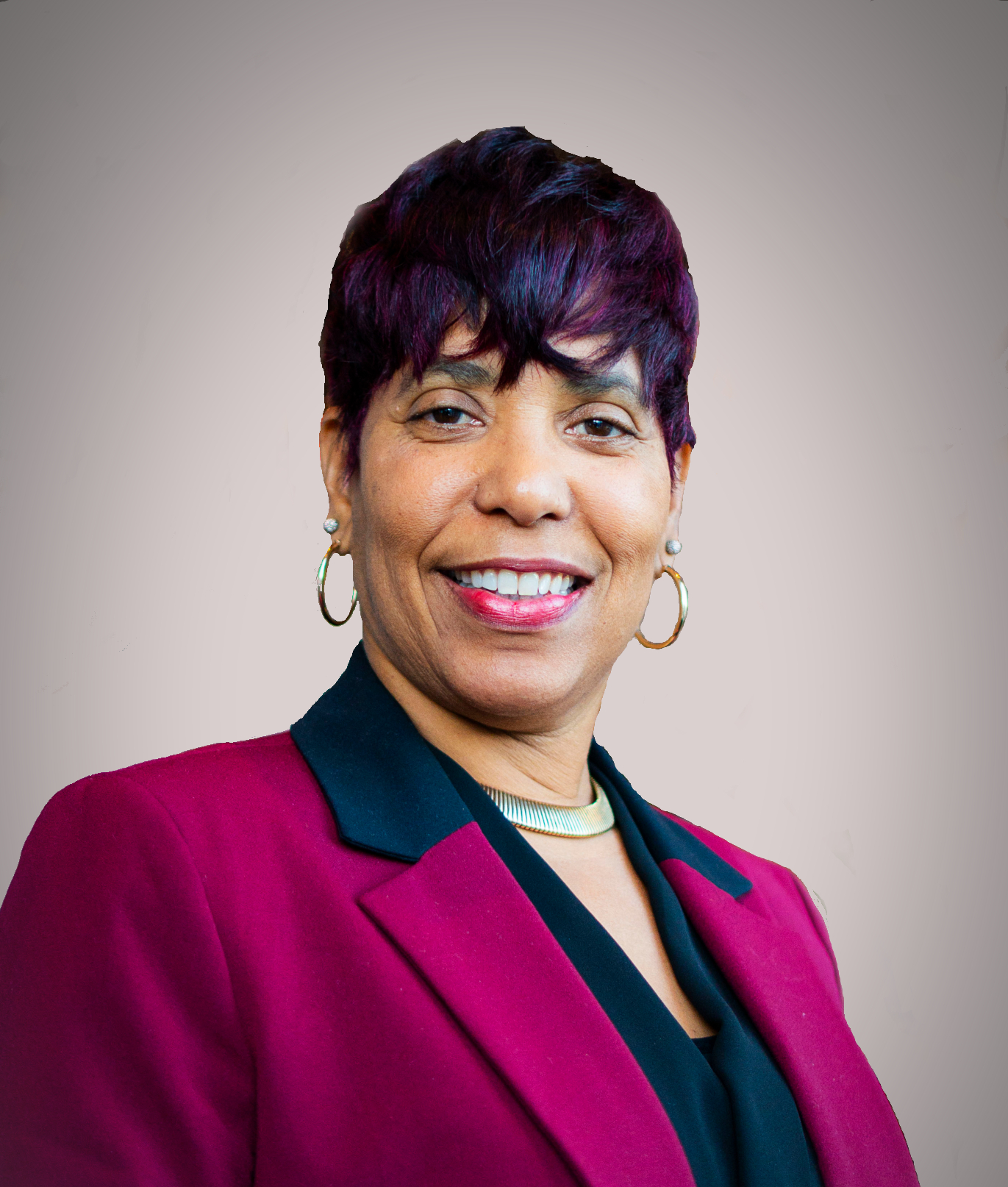 N. Angelique Burgess was appointed as Assistant Corporate Secretary of Teekay Tankers Ltd. on September 16, 2020. She also acts as Corporate Secretary of Teekay GP L.L.C., the general partner of Teekay LNG Partners L.P., and as Assistant Corporate Secretary of Teekay Corporation. Mrs. Burgess joined Teekay Corporation in 2020 and currently serves as Senior Manager, Corporate Affairs. Prior to joining Teekay, she was employed as the General Manager at Concordia Maritime (Bermuda) Ltd., an international tanker shipping company. She has over 25 years of international shipping experience, having started her career at the Bermuda Ship Registry where she held the positions of Assistant Registrar of Shipping and Registrar of Shipping. Mrs. Burgess holds a Bachelor’s degree in Management Studies and has completed postgraduate training in Maritime Law. She is a Member of the Institute of Directors and has held several director positions over the years. Her current external roles include Deputy Chairperson of the Bermuda Shipping and Maritime Authority Board and President and Founding Member of WISTA Bermuda. 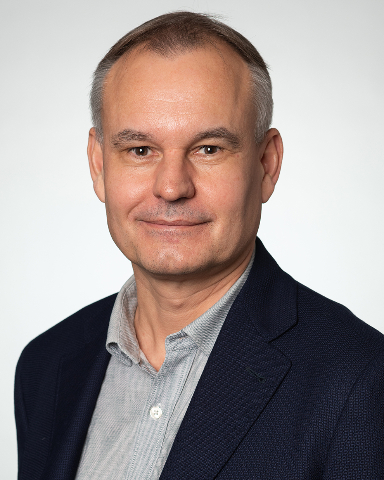 Kenneth Hvid joined the board of Teekay Tankers Ltd. in 2017 and was appointed as its chairman in June 2019. Mr. Hvid joined the board of Teekay Corporation in June 2019 and has served as its President and Chief Executive Officer since 2017. Mr. Hvid has served as a director of Teekay GP L.L.C., the general partner of Teekay LNG Partners L.P., since 2018, having previously served as a director from 2011 to 2015 and was appointed as its chairman in May 2019. He joined Teekay Corporation in 2000 and was promoted to Senior Vice President, Teekay Gas Services in 2004 and to President of the Teekay Navion Shuttle Tankers and Offshore division in 2006. He served as Teekay Corporation’s Chief Strategy Officer and Executive Vice President from 2011 to 2015. He also served as a director of Altera Infrastructure GP L.L.C. (formerly known as Teekay Offshore GP L.L.C.) from 2011 to June 2020, and as President and Chief Executive Officer of Teekay Offshore Group Ltd. from 2015 to 2016. Mr. Hvid has 30 years of global shipping experience, 12 of which were spent with A.P. Moller in Copenhagen, San Francisco and Hong Kong. In 2007, Mr. Hvid joined the board of Gard P. & I. (Bermuda) Ltd.

Richard du Moulin joined the board of Teekay Tankers Ltd. in 2007. Mr. du Moulin is currently the President of Intrepid Shipping L.L.C., a position he has held since he founded the company in 2002. From 1998 to 2002, Mr. du Moulin served as Chairman and Chief Executive Officer of Marine Transport Corporation. Mr. du Moulin is a member of the Board of Trustees and Chairman Emeritus of the Seamen’s Church Institute of New York and New Jersey. Mr. du Moulin currently serves as an advisor to Hudson Structured Capital Management, a private equity firm, and is on the board of Pangaea Logistics Solutions, Ltd., a dry bulk shipping company. He also served as Chairman of Intertanko, the leading trade organization for the tanker industry, from 1996 to 1999 and previously also served as a director of Globe Wireless L.L.C. and Tidewater, Inc.

Sai Chu joined the board of Teekay Tankers Ltd. in May 2019 and currently serves as the chairman of its Audit Committee. Mr. Chu brings extensive financial experience to Teekay Tankers Ltd. with over 30 years of finance, operations and strategy experience primarily with public companies in shipping, specialty finance, utilities and technology. From 2007 to 2015, he served as Chief Financial Officer of Seaspan Corporation (NYSE: SSW), a containership lessor, and prior to that he served in various financial roles within its related companies. From 1994 to 2004, he held financial roles with other companies including BC Gas Inc. (now Fortis Inc.). He is currently Chief Financial Officer of Earth Daily Holdings Corp., a big data company specialized in satellite imaging, data services and geo-analytics with global operations, after previously serving as the Chief Financial Officer of its predecessor company since 2017. Mr. Chu is a member of the Advisory Board of Maritime Partners LLC, a Jones Act-focused leasing platform and is a founding board member of Canada’s Digital Technology Supercluster, where he currently serves on the Finance and Audit Committee. He is also currently an advisor to A2Z Capital Inc., a private equity firm. Mr. Chu is a member of the Institute of Chartered Professional Accountants of Canada.

Peter Antturi joined the board of Teekay Tankers Ltd. in June 2021 and brings over 30 years of financial and operational experience in the shipping industry to this role. He has also served on the board of Teekay Corporation since 2019. Additionally, Mr. Antturi serves as an executive officer and director of Teekay Corporation’s largest shareholder, Resolute Investments, Ltd. (Resolute), as well as other subsidiaries and affiliates of Kattegat Limited, a parent company of Resolute. Mr. Antturi previously worked with Teekay from 1991 through 2005, serving as President of Teekay’s shuttle tanker division, as Senior Vice President, Chief Financial Officer and Controller and in other finance and accounting positions. Prior to joining Teekay, Mr. Antturi held various accounting and finance roles in the shipping industry since 1985.